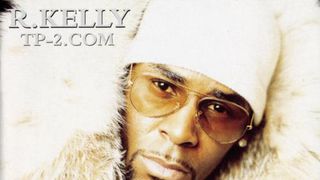 President George W. Bush today, in a response to the recent massive wildfires ravaging California, promised to “further assess” the financial interests of local firefighters and those who do the fighting.

That could mean funding for firefighters, but it could also mean more federal raids on union members who are resisting forced union dues. Bush has threatened to go after local unions that don’t force workers to join the unions as well as to strip away the collective bargaining rights of public employees. And already, right-wing pundits are demanding that firefighters be treated like any other union workers.

In this instance, it is useful to recall that President George W. Bush and his father were in no way sympathetic to firefighters during the 1991 California wildfires. President Bush told firefighters to “get with it.” The Bush family’s ties to the oil and gas industries make it very easy to justify putting our firefighters in danger. So now that we have experienced similar damage to our country and our environment, we should use this tragedy to assess Bush’s other financial interests.

Let’s make sure that the answer to our country’s future is not, “further assess.”

Writer, marketer, entrepreneur, educator, proud citizen of the great American Midwest, and happy father of four children who keep me youthful. Global warming hysteric. Kentuckian. Non-corporate, non-government employee, non-union, non-establishmentarian, non-suburban, non-right-winger, libertarian, but conservative, and not necessarily in that order. I can be emailed at kentuckylee@gmail.comImplantable leads are used in a variety of medical situations to conduct electrical signals to or from the heart or other organs or body parts. In a pacemaker application, for example, a lead having an electrode tip that is adapted to be placed in or close to the heart can be coupled via an electrode connector on the end of